Over the past ten years we have sponsored Scared Women’s Cirlces as part of the annual meeting of the UN Commission on the Status of Women. This year our we honored women and girls who have been killed abused or are missing. As usual, this Circle was attended by women from all over the world and the emotions ran high as the names of women and girls were intoned from around the globe who were killed, abused or are missing. 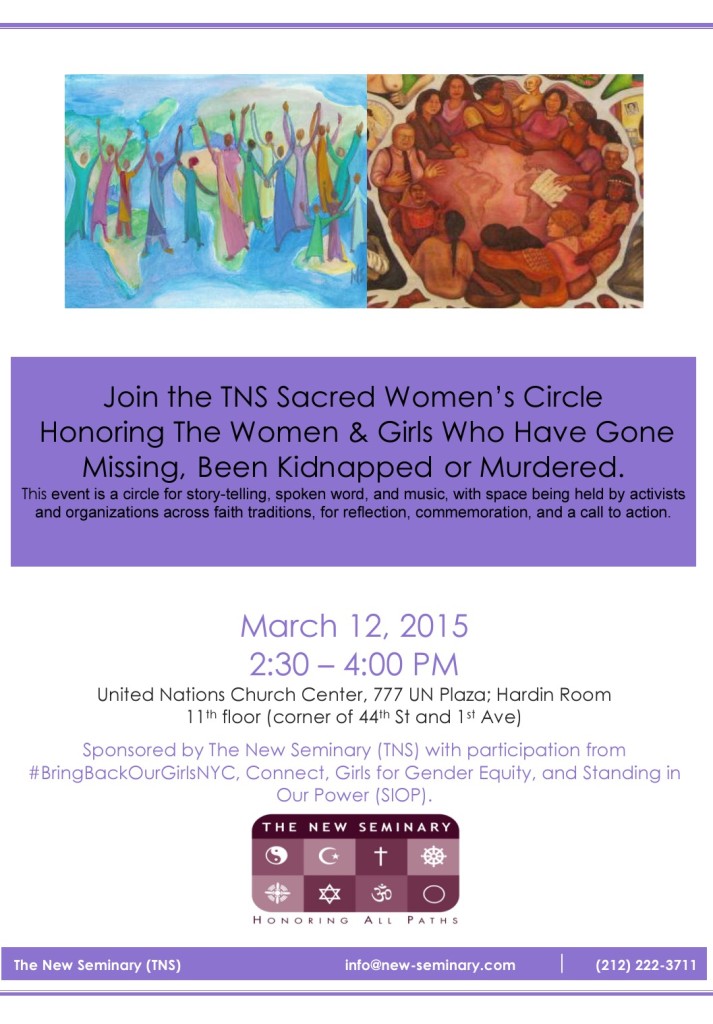 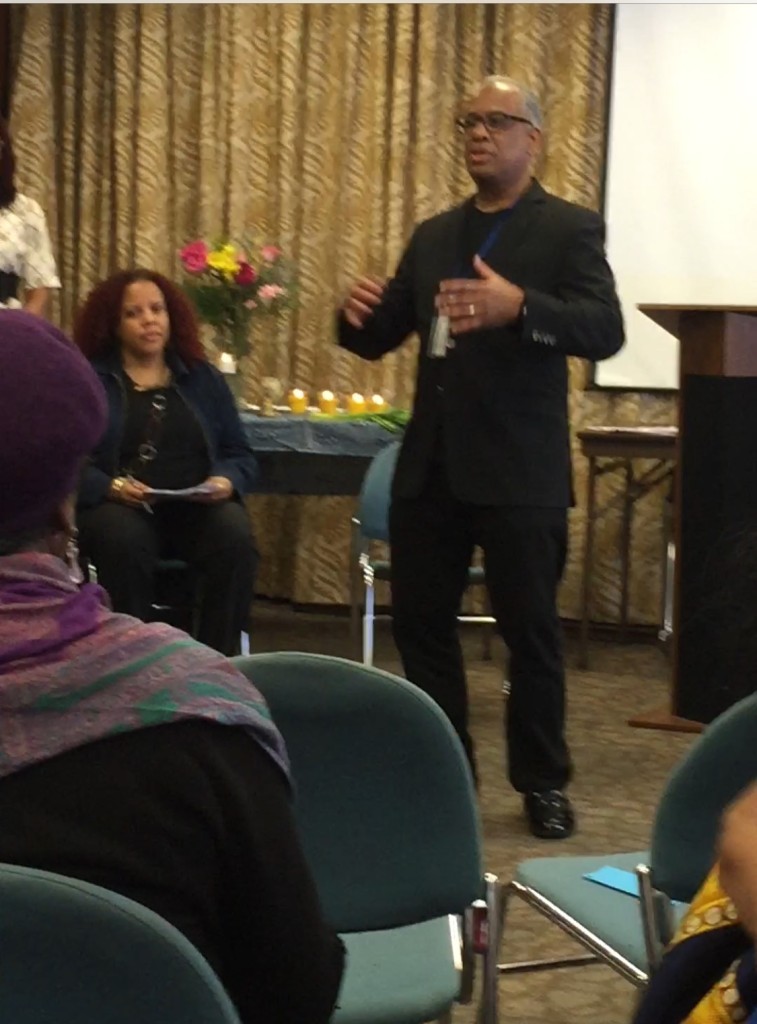 TNS Vice President Dr. Jay Speights welcomes UN Sacred Circle Participants and urges them, “To work to restore the legacy of women in society as healers, community builders and the keepers of faith, wisdom and culture.” 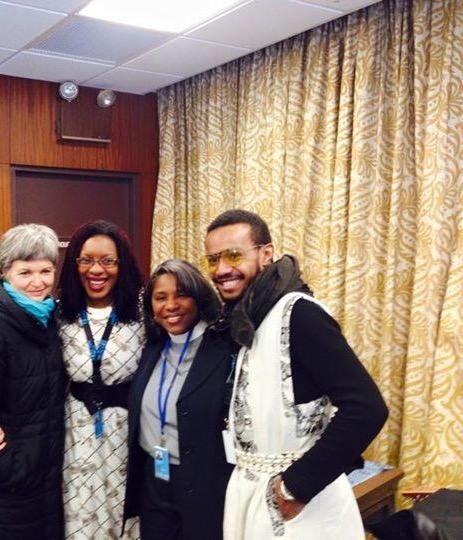 Rev. Jenellen Fisher
Blessing Us With Her Voice